"Our Favorite Hello and Hardest Goodbye"

My heart felt a familiar ache as I read the story of the Hester family.  Little Emma and Oliver came into their lives just a few short months ago.  And, bittersweetly, they also met the wonderful group 'Share Parents of Utah.'  This group is made up of parents who have lost children, who stand ready to help the rest of us through that tender life changing experience.

I am honored that Jacob and Katelyn Hester will be joining us in a few short weeks at the Running with Angels 5K!  Here is their story: 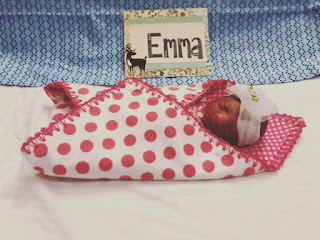 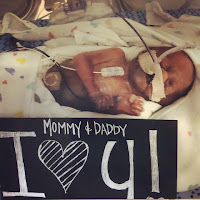 Our Favorite Hello and Hardest Goodbye

I was finally pregnant! Something we had waited for (and prayed for) finally happened and not with just one baby but TWINS! Life was beautiful, and amazing, and the future we pictured with our two babies was getting closer and closer! We felt so blessed! However, all that shattered at 23 weeks 2 days.

I started having contractions which then created some spotting. We called labor and delivery and were told to come in so they could give me some medicine to stop the contractions.  We drove to the hospital where they got me immediately in a room and into a bed and at that moment Emma’s water sack burst.
My doctor called the U of U Medical Center for advice and we were given three life changing options:
1. Have the babies immediately and hold them until they passed from this life.
2. Try to keep the babies in 4 more days by giving me the medicine to stop the contractions but the amniotic fluid would continue to leak and lead to more complications for my own body. However, if I could keep them in 4 more days, the babies would have a greater chance of survival outside the womb, and I would have been transported up to the U of U so the babies could get more specialized care.
3. Birth the babies and try to do immediate NICU care but they would be too small to be transported to the U. We were also informed they would have a great chance of having some sort of disability. 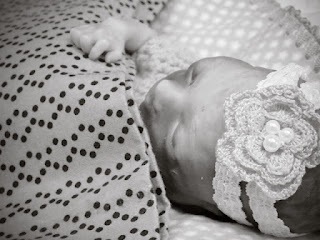 We chose option 2 with option 3 as our back up. I was given medication to stop the contractions but they were not administered in time. Not even two hours after making that decision Emma decided she needed to come and I was quickly given an epidural and rushed into an operating room. At 2:30am on Saturday December 8, 2018,  Emma came into the world weighing 14oz and with a heart rate of 40 beats per min. She lived only 5 minutes and passed in my arms- my heart beat being the last sound she heard. There was nothing the NICU staff could do when Heavenly Father called his daughter home. 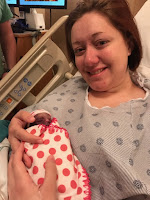 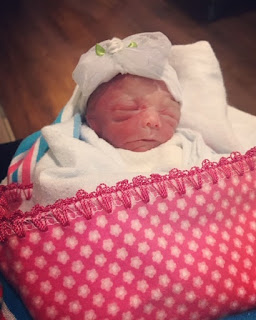 My doctor had to break the other sack and at 2:52am our little Oliver was born at 1lb 4 oz. My doctor held him up for me to see and he was so tiny he fit in his hands. He was immediately put into the care of the NICU staff where they put a ventilator down his throat and an IV in his belly button. I was taken back to the labor and delivery room where I still held Emma and mourned the loss of our baby girl. 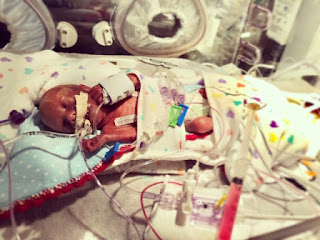 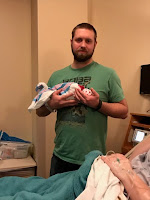 Oliver was in the NICU for 12 days. During those 12 days there were many failed attempts to get in picc lines and, on day 8, he was deemed strong enough against all odds and was life flighted to the U of U NICU. Other than the repeatedly failed picc line, he seemed fairly healthy and his nickname at both NICUs was “Feisty.”

Despite being born so early, he put up the biggest fight to stay alive. He constantly was being poked and prodded and took it like a champ! However, they quickly discovered he had a fungal infection that was abscessing in his liver and spreading through his body. On day 12 of his very short life we got to hold him for the first time for the last hour and a half of his life. 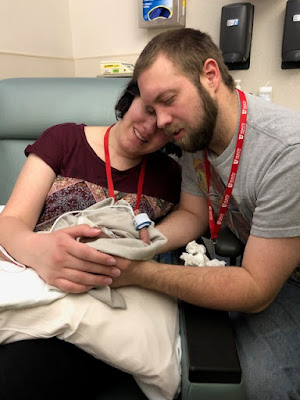 In those moments I fully understood what a privilege and sacred right it is to be a mom, even when our children are not with us physically. We held Oliver close and sang him primary songs and hymns and told him about Jesus and how he would get to go seem Him real soon. There was a feeling of immense peace and comfort in the NICU that day-despite having to say goodbye to yet another child. 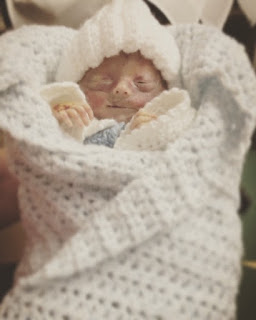 We don’t know why our children came early- there were no signs of any complications until I went into premature labor. We are just very thankful for the two precious children God have us and for the short time we had with them. This separation is hard every single day, but the knowledge we can be with them for eternity softens the pain of their death. I know they are never far from us and I feel them with me often. We just await they day we will be reunited with them again! 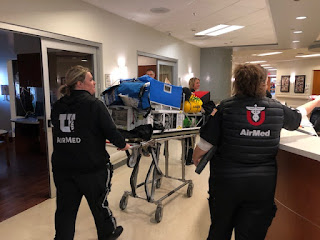 We would like to thank the amazing L&D nurses, my OBGYN, and the doctors and NICU staff at Jordan Valley Medical Center and at the University Of Utah. You gave us time with our babies and never gave up hope for a brighter future! Also, thank you to Share Parents of Utah for your support in the grief of our losses. You were one of our many miracles!

Posted by Pamela Hansen Running with Angels at 3:47 PM