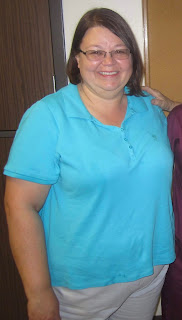 There are really two stories here, and both are significant.  My friend Teresa has, as can be seen in these before and after photos, truly triumphed over the weight challenges that so many of us face.  She continues to inspire me!

Teresa also shares the story of her angel siblings.  As difficult as the heartache is, no matter what day and age we live in, I realize there must have been an added dimension of strain for mothers a lifetime ago who lost children.  The death of an infant was managed much differently than it is today (which is just one of the reasons why I love "Angel Watch," a program benefitted by proceeds from the Running with Angels 5K.  Bereavement Specialist Heather Walker and her angels nowadays are available to guide parents through this heartbreak).  I also recognize just how difficult it was--and continues to be, for many families--to talk about and move through the process of grief.  Losing a child changes a family forever.  Everyone faces grief differently, and everyone finds comfort in different ways.  As I have observed parents experience grief over the years, and as I have become acquainted with it myself, I realize that staying silent is rarely a good idea.  We have come a long way throughout the decades in how we handle heartache, and opening up about the raw emotions that come with the anguish of losing a child can very therapeutic.

I am honored that Teresa will be joining us this Saturday, at our 15th annual Running with Angles 5K.  She truly is an amazing woman, and the world is a better place because of her!

I am grateful for angels, both earthly and heavenly. I have two angel-baby siblings—a brother and sister I never met.
Gerald was my parent’s first baby, born two-and-a-half months premature. My 18-year-old mother was told he was stillborn. Forty-five years later, she discovered from Gerald’s death certificate that he had been born alive and lived five minutes. This was comforting to her. She and I visited the cemetery in Anaconda, Montana in an attempt to make arrangements for his tiny remains to be transported to our family burial plot in Logan, Utah. Sadly, because of poor record keeping, they were unable to locate him in the baby section of the cemetery.

Because infant death was handled so differently in those days, my mother never got to see or hold baby Gerald. My father took care of all the burial arrangements. There were no pictures. There was no service. There was no closure. It was presumed that this detachment would somehow make it easier for the mother to recover from the baby’s death. In my mother’s deep sorrow, everyone pretended that Gerald’s birth had never happened. All that remained was a profound sadness that no one could talk about and a subject that everyone avoided. Thankfully, we now know that it is more healthy to hold our sweet babies, feel our feelings, celebrate their beauty, and fully mourn their loss.

When Edna Mae was born, our family lived 23 miles outside of Fairbanks, Alaska. At 16 months, she suddenly became ill and was rushed to the hospital in serious condition. She died two hours later of heart failure and liver disease. For financial reasons, only my father accompanied Edna Mae’s body to Idaho for a funeral and to Utah for burial. My mother and siblings were not able to completely mourn her death and it left a deep hole of sadness in my mother’s heart. 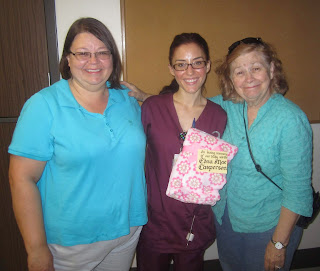 Several years ago, my sister and I visited the hospital in Fairbanks and donated a soft pink blanket in memory of Edna Mae. The nurse on duty assured us that she would give it to someone who needed it most.

Four years after Edna Mae’s death, I was born six weeks early, weighing 5 lbs. I joined my parents and three siblings over age 15. Basically, I had five parents! All of them fed me and doted on me, which is understandable after the loss of Edna Mae. In our family, food was love. By my first birthday, I was a chubby 23 pounds! This established a life-long pattern of being over-weight and turning to food for comfort instead of dealing with problems and pain. I made a few attempts at weight loss, but was never able to keep the weight off because of returning to former habits. I had good health overall, but eventually weighed 284 lbs. I knew being overweight could dramatically impact my health in the future. 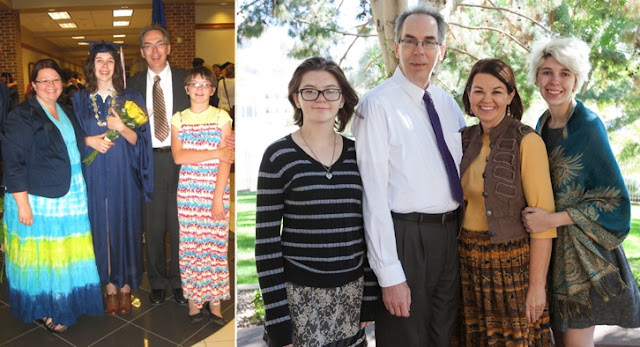 During our trip to Alaska, I saw people on the Alaska State Ferry who had come down to the lower 48 to have joint surgery. I had a moment of truth where I realized I would likely end up having joint surgery or weight-loss surgery. I didn’t want either. In a last-ditch effort to avoid bariatric surgery, I joined Weight Watchers in 2014. Through divine grace and angels of the earthly and heavenly variety, I lost 140 lbs. in two years. Both my daughter and I now fit into the pants I wore before my loss! I have maintained this loss for three years and now work for WW helping others achieve their wellness goals. 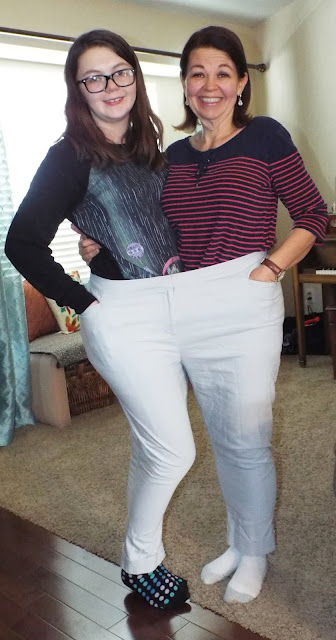 Posted by Pamela Hansen Running with Angels at 10:53 PM